Devised as a replacement for the aging system of Coastal Defense Guns (many in place since the 1890s), The M3A2 was an 8-Inch ''Railway Gun''. These were massive pieces of Ordnance that required basic movement be provided by rail. Often, a Gun Crew of (30) Men could be employed to service just (1) Gun. Just before American involvement in World War II, much of The US Army ''Coastal Artillery'' Corps. had been long absorbed into traditional Army Artillery Divisions. It was seen as prudent to upgrade The US Coastal Defense (land based), in the event War was declared (which it was in 1941).

The M3A2 was effective enough to sink both Warship and Submarine. It was not intended as an Anti-Aircraft weapon. It was seen to support Coastal Defense Ships during it's service. (32) Mark Vis were produced and deployed to various locations along The US Coasts.

The Gun (tube) was 30-feet in length and mounted on a hydro-pneumatic support base (which was mounted in turn to a rail bed, on a dedicated track). The 8-Inch tube deployed a 240-pound HE or AP Shell, to a distance of 36,000-yards. The Gun would remain in general usage until 1946, when America shifted it's dynamics in Coastal Defense tactics. 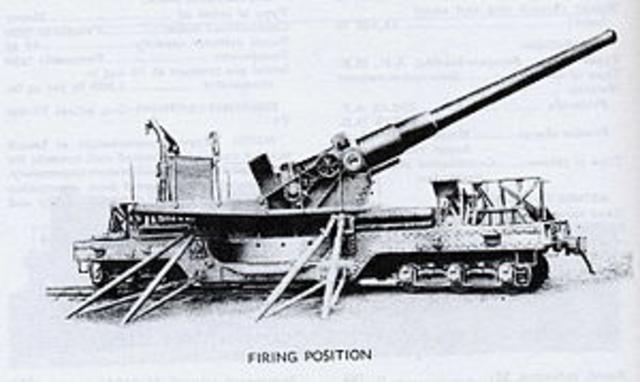