The M2 60mm Mortar was a crew served battlefield Mortar used in World War II by The US Military. It was also exported to Allies. Small and easy to deploy with an Infantry Squad or Company, The M2 was so successful as a Small Unit Support weapons, that even The Chinese Communists copied it in the 1950s. It was used with great success during The Korean War as well.

Weighing just 40-pounds, the 60mm Tube (at slightly over 2-feet), fired HE Shells to a maximum range of 1-mile. In close support, The M2s range was 530-feet.

Operated by (3) soldiers, these trained Crews could fire 18 rounds per minute effectively. The Mortar was discontinued from US inventory in the 1980s, but other National Armies used them as late as 2012. 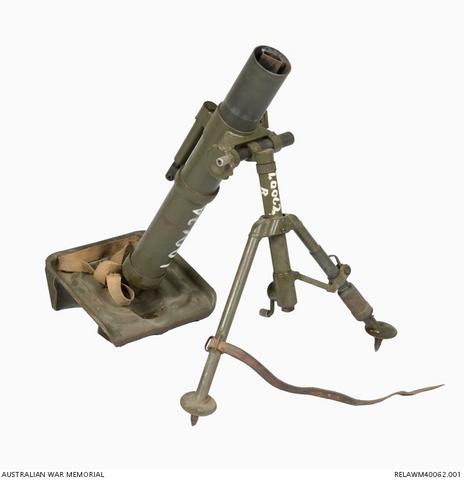