America's first Anti-Aircraft Gun designed at the end of World War I, The Model 1918 3-inch Gun was a wheeled vehicle, drawn (pulled) into position by another vehicle. They were roughly 12,000-pounds in overall weight and featured a 40-foot barrel. The Standard shell used weighed 15-pounds and were Fragmentation in design (for use against Aircraft). The Model 1918 had an elevation of between 10 and 85-degrees. It could be traversed, but was very slow in operation. Having an effective range of 8,700-yards. Several versions were deployed, some without a wheeled movement system (or fixed, as Artillery). The Model 1918 would eventually serve as the design pattern for the famed US World War II weapon - The M-10 Tank Destroyer known as "The Wolverine". 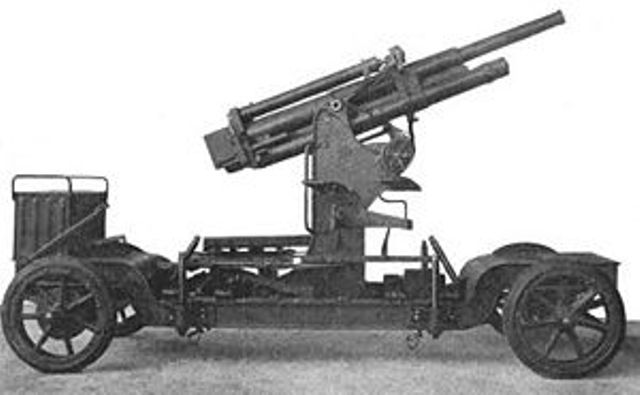