A copy of the French version, The US Army developed this weapon out of necessity. Prior to America's involvement in World War I, it did not have any Heavy Artillery that could be moved on common roads. Implementing design comparisons of France's Schneider Howitzer, The Model 1918 was moved into position by 10 tractors. Weighing 42,000 pounds, it's traversed barrel was 17 feet long. Crewed by 12, an average shell of high explosive contents weighed close to 400 pounds (requiring a 40 pound charge to ignite). The Model 1918 could fire 12 rounds per minute. It had a maximum effective range of 10 miles. Of note, it would take 4 to 6 hours to set up a battery of 4 guns. The Model 1918 would remain in The Army Arsenal of weapons well into the 1920s. 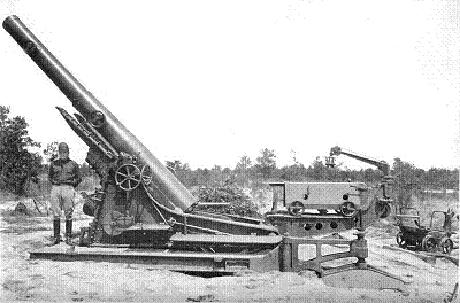