The primary field piece of The US Army during World War I, The Model 1906 Gun weighed just over 8,000 pounds. It fired multiple types of shells (60-pound variance). It had a maximum effective range of over 7,000 yards. Reliable, by the time it was deployed by The US Army, pressure was increased to “use” French cannon ammunition. This meant having all guns arriving in France to be re-converted. The time involved caused only 16 of The Model 1906 to actually be used in the War. After the War, The Army discontinued their use (rather than re-convert them back to American calibers again). 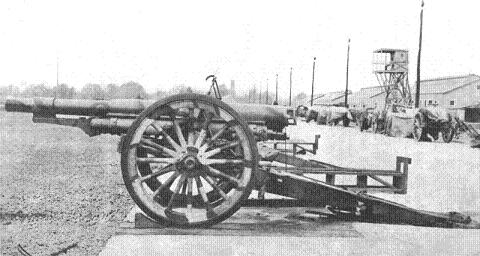