The US Army had issued Winter Uniforms to it’s Soldiers as early as the 1820s. These Uniforms consisted of a heavy wool, long hemmed Coat, which buttoned front. In addition, a larger Overcoat (sometimes referred to as a “Greatcoat”) – was worn over this as an Outer garment. For the most part, it failed miserably in keeping the cold out due to shoddy materials procured by Government Contractors.

The basic style prevailed well into The American Civil War of the 1860s and forward. After The War, The Army began to concentrate it’s efforts on Native American pacification. The American West served as a wide environmental issue. Burning hot in the Summer and below freezing in The Winter, Soldiers and Cavalrymen experienced the same issues with the cold as their predecessors.

Taking a page from their Native American Enemies, many Soldiers began to wear Buffalo skin Coats. The Prairie Buffalo was a staple in the lives of The Plains Indians. Every part of the animal was harvested and used, especially for clothing. The hide of The Buffalo (with it’s think skin and wool like fur), was a natural insulate. A coat made of the animals skin would greatly cut the freezing temperature of The Plains in Winter.

Many Soldiers purchased their own from Suttlers (Civilian Suppliers). In 1873, The US Government began to procure thousands of The Buffalo Coat for issue to it’s Plains Infantry and Cavalry. Made into both short and full-length versions, they were often paired with matching Hats and specially designed overshoes, to complete the Winter Uniform. First issued in 1873, they would remain standard until the 1890s, although The Government stopped issuing them in the late 1880s. 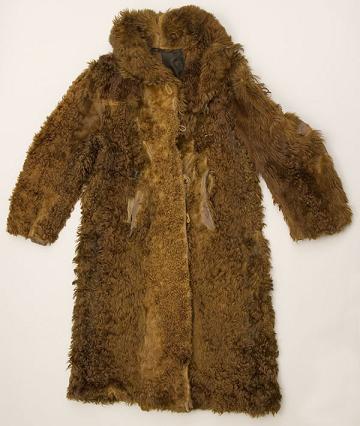