The massive M110 Self-Propelled Howitzer was a type of Artillery deployed with The US Army (and other Nations) – beginning in 1963. It was considered one of the longest service Pieces of it;s kind, lasting in inventory until after The Gulf War (1991). Manufactured by The US General Motors Company (Automobiles), The M110 was a twin tracked, chassis – powered by Diesel V8, 8-Cylinder Engine, capable of 405-HP. The M110 could achieve 30-mph. The overall armor plating throughout was 0.51. Overall, The M110 weighed 70,000-pounds. The Main Gun (which was hydraulically raised and lowered) was an 8-Inch, 40-feet long barrel. It could launch a 200-Pound Shell 5-miles. It was crewed by (13) Artillerymen.

A staple ''Fire Mission'' and Base Camp Artillery Piece, The M110 suffered from the same issues that most Armored Vehicles did in Southeast Asia – mobility in the Swampy Jungles. They fared somewhat better in The Central Highland of Vietnam, and were crucial to helping keep US Soldiers alive by delivering overwhelming firepower on Enemy Forces. A ''backbone'' Artillery Piece for The US Army, The M110 served well up to The Persian Gulf War. Modifications to The M110 (now M110A) rendered it's Vietnam version obsolete, although some M110s are still in US Army National Guard inventories. 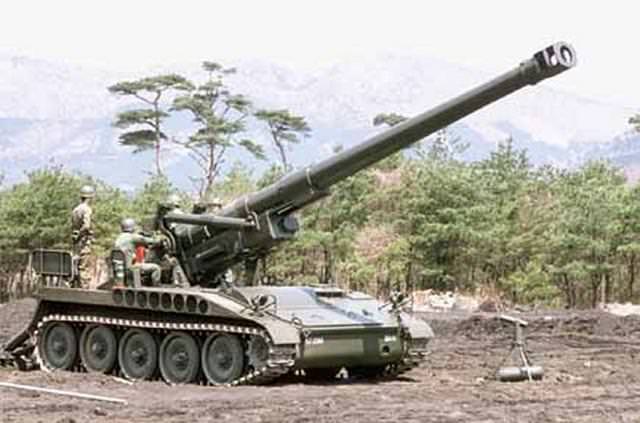