The Lockheed-Martin F-22 ''Raptor'' is a US 5th Generation Fighter which currently encompasses all facets of US fighter technology and avionic components. The ''Raptor'' used Stealth technology (Radar evading), and is currently an Air Superiority Fighter deployed in The US Military inventory. The first prototype was flown in 1997 with deployment beginning in 2005.

A very expensive Fighter (at over 7 Billion USD each), The Program has constantly come under fire for expense and at times failures in promised fighting abilities. Currently, only 187 F-22 Fighters were delivered to date before The Program was cut back to a ''standby'' position. Due to the highly secretive nature of the tactical components, The ''Raptor'' is banned for export to other Allied Countries.

Several Squadrons of F-22 were deployed to Hawaii and Japan (US Bases), as part of The US Pacific Command's Fast Response Plan (in event of Conflicts with China or North Korea). Several more F-22s are known to operate in The Middle East in The War on Terrorism. Crewed by (1), The F-22 is 63-feet long with a fixed swept-wing pattern of 44-feet. They are powered by Twin Pratt and Whitney F119 Augmented Turbofans capable of 35,000-IBF. Maximum speed is rated at Mach 2.25 (or roughly 1,500-MPH). The ''Raptor'' can range over 600-miles. The operational ceiling for The F-22 is 65,000-feet.

Ordnance varies greatly depending on Mission requirements. (1) 20mm ''Vulcan'' Auto-Cannon is standard, with The ''Raptor'' capable of supporting all Air-to-Air and Surface-to-Air Missile Packages. The F-22 can be configured to also support up to 5,000-lbs. of conventional bombs. 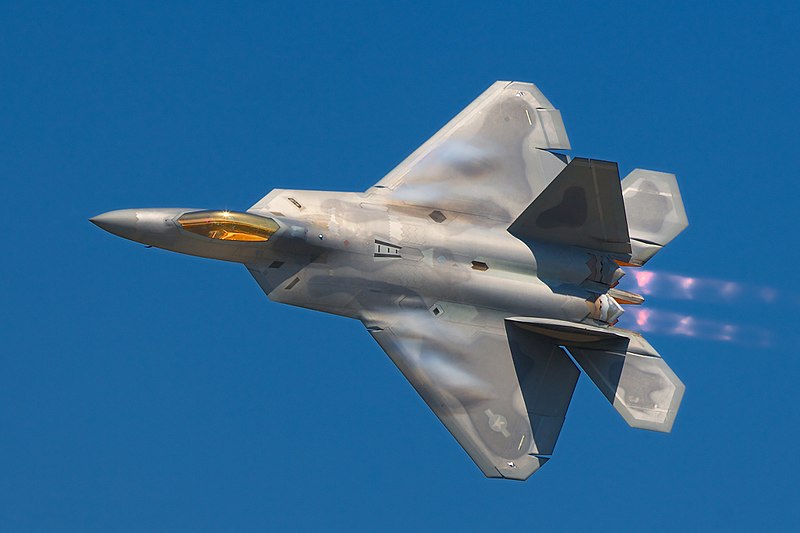