Deployed in 1975, The LIM-49 “Spartan” Mission was among the last of The Nike Missile Defense System Rockets. It’s primary task was to intercept Enemy Nuclear ICBM Warhead after making re-entry. The LIM-29 carried a 5-Megaton Warhead for this purpose. The “Spartan” remained an important part of American Continental defense until 1976. A 3-staged, solid fuel Rocket, The “Spartan” weighed 29,000-pounds and was almost 50-feet long with a diameter of 4-feet. It used 10-foot stabilization wings and was radar guided. The LIM-49 could achieve a height of 350-miles (pre-orbital) and could achieve Mach 4. The “Spartan” was a Silo (underground) launched weapon, which were mostly located close to existing “Minuteman” Rocket Sites, and were classified as part of The “Safeguard Program” of Defensive measures. Considered moderately effective, they were replaced by the faster “Zeus” Class of Rocket Interceptors. 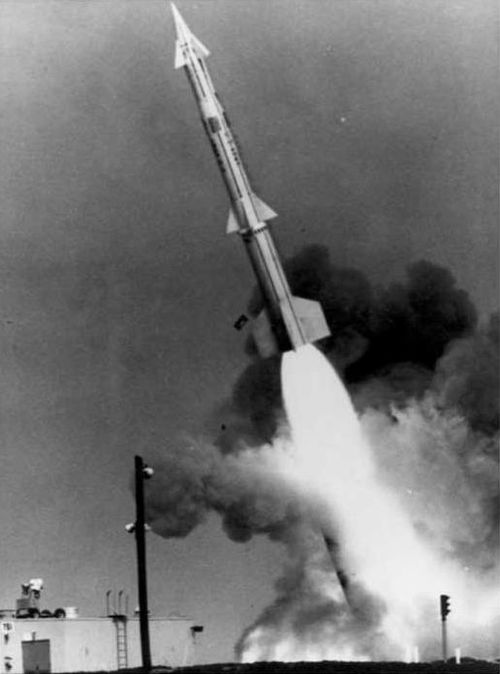