The US made ''Gargoyle'' LBD was a first generation prototype for Surface to Air weaponry to be deployed by The US Military. Experimentation began after World War II and continued (with this prototype), until 1950. The ''Gargoyle'' was also envisioned as a viable Anti-Ship Missile for use by The US Navy. With design production based on capture German devices (''Fritz-X'', etc), The LBD-1 was actually first proposed in late 1944. Fast advanced in this form of Naval weaponry (smaller or faster), quickly made The LBD-1 obsolete even before general deployment could begin (1950). Of the 200 produced, all were deployed into The Naval and Marine Corps. Reserve arsenals. The ''Gargoyle'' was roughly 10-feet long and weighed 1,500-pounds. It's propulsion was based on a solid fueled, non-staged system. An armor-piercing warhead carried over 1,00-pounds of High-Explosive. The LBD-1 had an operational range of 5-miles at 600-mph. 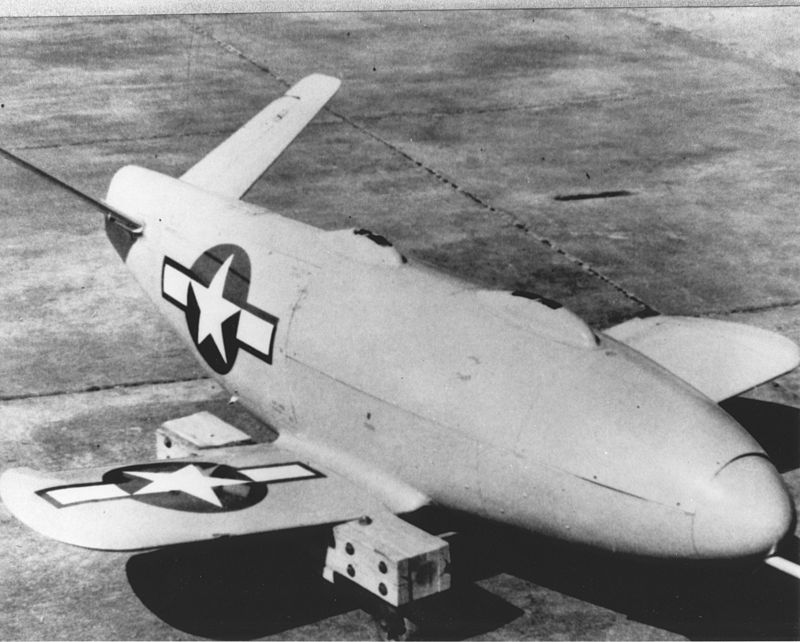