The Hughes Aircraft Company's ''Brazo'' Missile was destined to become one of the first effective anti-radiation Missiles to be deployed by US ''Cold War'' Air Assets. ''Brazos'' began in 1972, but due to issues with the Missile becoming ''confused'' by errant Radar, The Program ended a year later in 1973. Only prototypes were ever developed. ''Brazos'' was along the same lines as The AIM-9 ''Sparrow'' Missile. The weapon was supposed to be resistant to radiation (generated from airburst detonations). With the ability to maintain flight regardless of ambient radiation, such a devised Missile would be crucial to winning the ''Nuclear War'' (should it come).

Capable of being deployed by Fighters and Long Range Bombers, ''Brazos'' was 12-feet long with a diameter of 8-inches. They were stabilized by 3-foot rear wings and carried a 65-pound ''Continuous Rod'' explosive warhead. This effected maximum damage to airburst targets. Using a Rocketdyne Mk 38 Engine with a solid fuel combustion, prototypes were capable (tested) of an airspeed of Mach 4, The ''Brazos'' was also tested at a maximum of 16-miles. 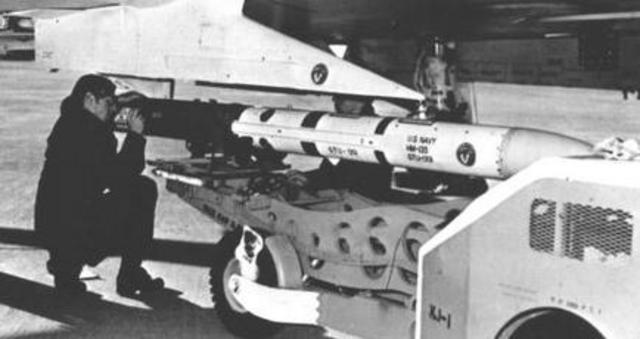