The HU-16 ''Albatross'' was an Amphibious Flying Boat, built by Grumman Aircraft for use by The US Air Force and US Navy. The US Coast Guard also operated The HU-16 as well. The ''Albatross'' was used for Search and Rescue Missions within The US Military. Deployed in 1949, The HU-16 was a long lived Aircraft, with the last flown in 1995. The US Air Force far used The ''Albatross'' more than any other Service. It was used for the duration of The Vietnam War, operating from various Air Bases throughout Southeast Asia. After The War, most Air Force Versions were retired to State Air National Guard Service (1971). The US Coast Guard staffed most of it's Rescue Stations with The ''Albatross'' (where most remained until 1995). Exported to many other Countries, The HU-16 proved to be a reliable and easy to maintain Aircraft. 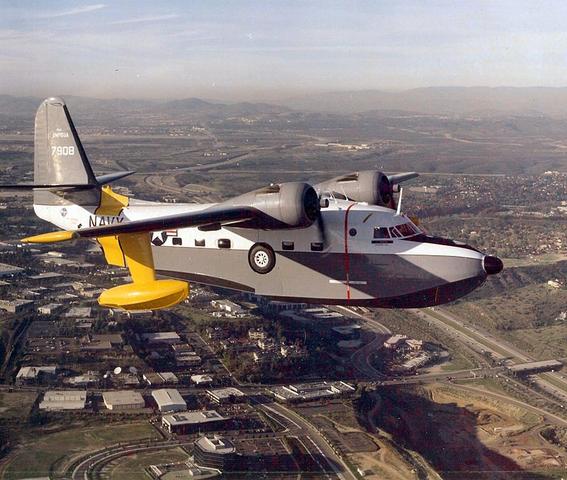