The Grumman F-9 ''Cougar'' was a Fighter Jet developed for The US Marine Corps. and US Navy. A Carrier-Based Fighter, 2,000 were produced for deployment. The ''Cougar'' was seen as a replacement for The F9F ''Panther''.

Deployed in 1952, but not sent to The Korean War, The F-9 was seen as a smaller, more agile swept-wing Fighter. The first Squadrons were sent to The USS ''Yorktown'' Carrier Battle Group. During The Vietnam War of 1965-1975, ''Cougars'' were launched from many South Vietnamese Bases. The ''Cougar'' would be removed from Service in 1968 with The US Navy and Marines. Most were exported to The Argentine Air Force. 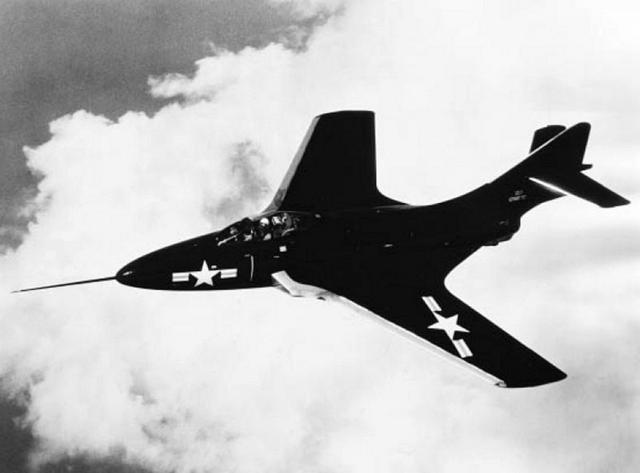