The US GBU-43 MOAB (Massive Ordnance Air Blast) Device is an Offensive weapon that is similar in destructive capabilities to a low yield Tactical Nuclear Device – minus radiation. Deployed as a ''deep ground'' penetration weapon used to destroy underground Enemy Complexes and tunnels, they were first deployed in 2003. The first use of The GBU in actual combat was during The Global War on Terrorism in 2017. They are deployed from air by Special Operational Forces using wither The C-130 ''Hercules'' or ''Talon'' Aircraft.

The weapon weighs roughly 21,000-pounds and is 30-feet in length. They contain around 111tons of TNT explosive. Gravity launched (dropped), GPS Systems are used control the flight and are ''guided'' or slowed by an array of (6) Drag parachutes to target (as well as wing stabilizers). Their ''shock wave'' can be felt for up to 1.5-miles. Similar designs are comparable to the World War II ''Earthquake'' and ''Grand Slam'' Bombs. 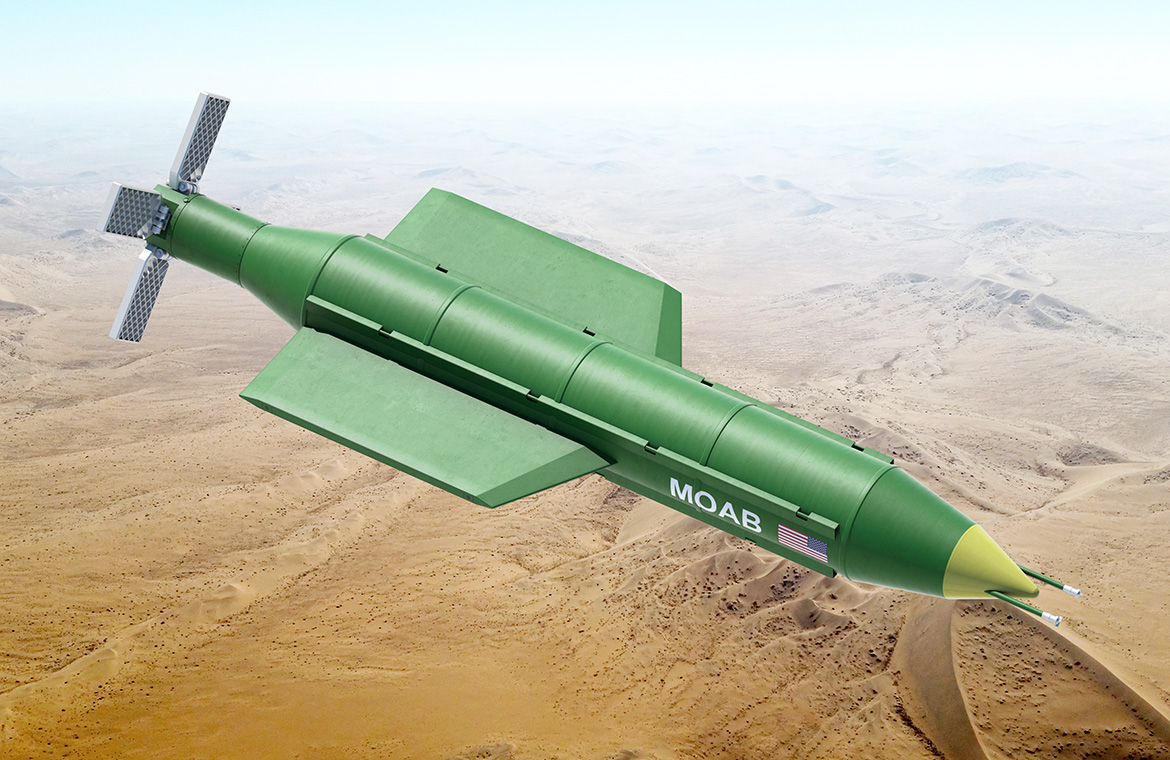