The replacement of the iconic Douglas Gunship known as “Spooky” and “Puff”, The Fairchild AC-119 “Shadow” (and it's variant The “Stinger”), were first deployed to The Vietnam War in 1968. It was a Twin-Piston Engine, split tailed Observation and Ground Troop Support Plane. Capable of extremely low altitude flying, The AC-119 also used simpler to operate armament that was much more powerful (especially against Enemy Armor and related). The “Shadow” used a Quad Mini-Gun System and 20mm Cannon. The AC-119 was crewed by 6 to 8-Men. They were 90 feet long with a wingspan of 110-feet. The “Shadow” was powered by (2) Wright Radial Engines which could generate over 2,500-HP each. The AC-119 could achieve 210-mph with a service ceiling of 23,000-feet. The “Shadow'' could deploy 1,500-rounds per minute. Extremely effective against the infamous “Ho Chi Minh Trail”, only (5) of the 50-odd AC-119 manufactured, were lost during The War. They were discontinued for use after 1975 with The US Military. 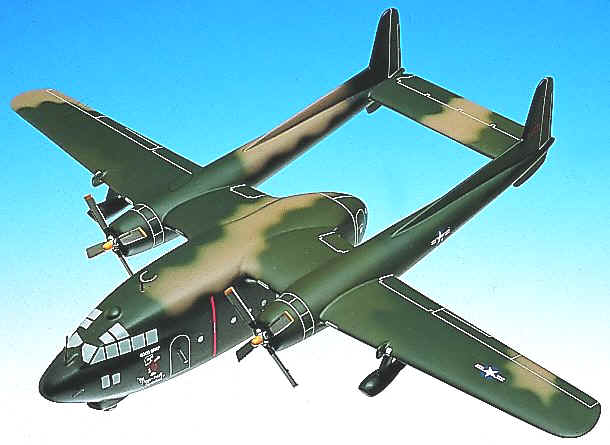