It's name origins unclear, The US manufactured ''Deer Gun'' was a relative of The ''Liberator'' Pistol of World War II, and part of The ''Zip Gin'' Family. Seen as a covert firearm, it was produced in 1964 by The Central Intelligence Agency (CIA). Made of aluminum, The Deer Gun featured no manufacturing marks (to prevent identifying to to Country of origin). In fact, even it's assembly and operation instructions were not written – but a series of crude picture drawings. The weapon was intended for use by South Vietnamese Operatives. The CIA in 1964, did not initially see a long range or protracted conflict in Southeast Asia at the time.

Using (3) 9mm rounds, The Deer Gun was fired by placing the ammunition clip of rounds into the handle/receiver. A spring plunger was then pulled, which exposed a hidden trigger. Upon firing the round, one had to unscrew the barrel, remove the spent shell casing, replace the barrel and duplicate again the firing process. Weighing only 12-ounces and roughly measured at 5-inches in overall length, with the Conflict in Southeast Asia quickly elevating itself to a full scale War, the need for The Deer Gun quickly expired. 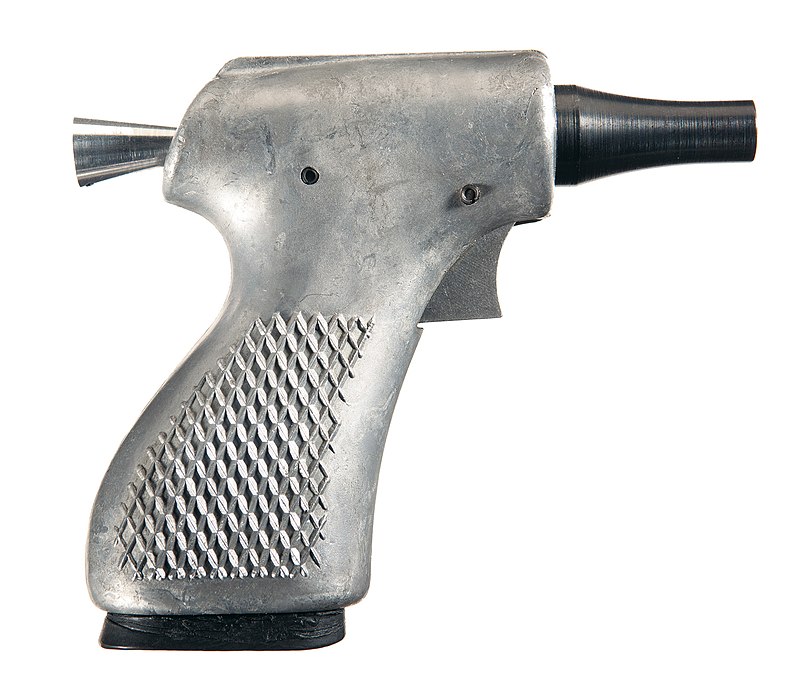