The US made, Curtis-Wright CW-22 was a Naval Scout and Observation Plane which saw some service during World War II. Over 400 Production Models were made, with the vast majority being sold to The Royal Netherlands Air Force. Some were captured by The Japanese and modified for their usage. The CW-22 (aka ''Falcon'') was noted for it's over-extended canopy (needed for 360-degree observation Missions). In addition to it's Scout role, The CW-22 was used (briefly) as a Primary Trainer with The US Navy (Stateside). Crewed by (2), The CW-22 was 30-feet long with a wingspan of 35-feet. Power came from a Single, Wright 9-Cylinder Engine, capable of 450-HP. Rated airspeed was 198-mph. The CW-22 had an Operational Ceiling of 22,000-feet. As a Combat Aircraft, The ''Falcon'' carried (2) 7.6mm Machine Guns (One Forward Fixed and One Moving – mounted for operation by The Observer behind The Pilot). 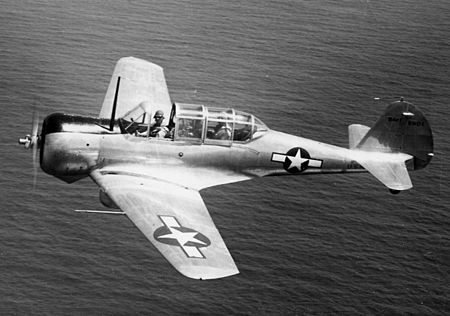