The US Curtis F9C ''Sparrowhawk'' was a Interim War Fighter first deployed with The US Navy between 1931 and 1937. A Bi-wing, ''''Parasite'' Class of Fighter, these ''mini planes'' were designed primarily for Airship deployment. Their size allowed for them to be mounted in specially designed carriages under an Airship (Blimp) and used for Recon and Observation duties. They could also serve as limited defensive/offensive Fighters (protection). (7) such F97 were produced. Piloted by (1), The ''Sparrowhawk'' was 20-feet long with a wingspan of 25-feet. They used a single Wright 9-Cylinder Engine which produced 440-HP and a rated airspeed of 177-mph. Featuring a 19,000-ft, Operational ceiling, The F9C was armed with Twin .30 Caliber Machine Guns. The Fighter would be discontinued shortly before the start of America's involvement in World War II. 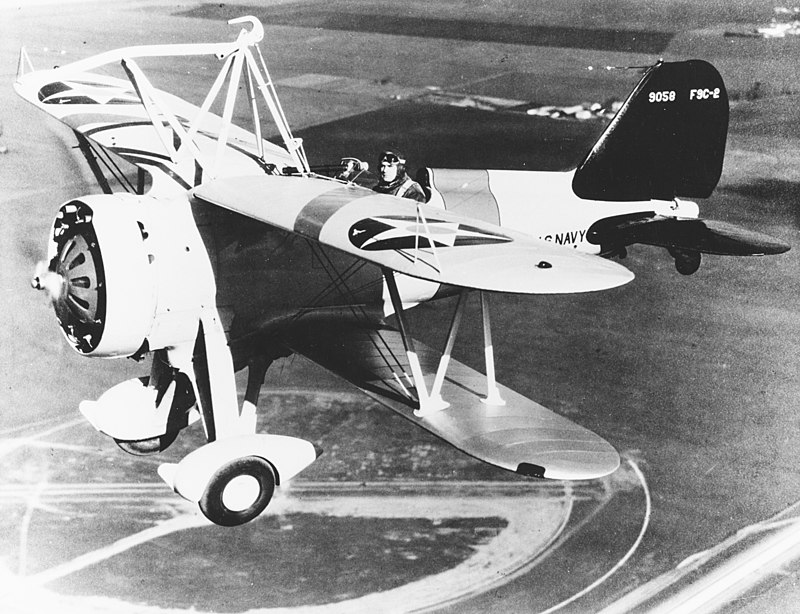