Similar in usage to the previously discussed ''Ping Pong Rocket'', The ''Lobber'' was a short lived project developed by The US Army as a means of transporting Mission essential equipment and supplies to front line Commands. First experimented with in 1958, The Lobber was based on an earlier (successful) testing during World War II. During The Battle of The Bulge (Belgium, 1944), enterprising Artillerymen used modified heavy caliber shells to transport small amounts of supplies to Units pinned down by Enemy Forces.

Designed by Convair Rockets, The Lobber was a land based rocket weighing roughly 135-pounds. A single Unit was 10-feet long with a 10-inch diameter. A large space was created in the rear of the rocket to accommodate small parcels of food and medicine. Purportedly having an 8-mile range, The Lobber could be fired and recovered by friendly forces (as was intended). No real thought was given to possible enemy action involving shooting down The Lobber. The problem with The Project was with accuracy. The Lobber was a solid fueled, unguided device which – in many tests, seldom hit it's required recovery target. By 1959, all (27) prototypes and The Project was ended. 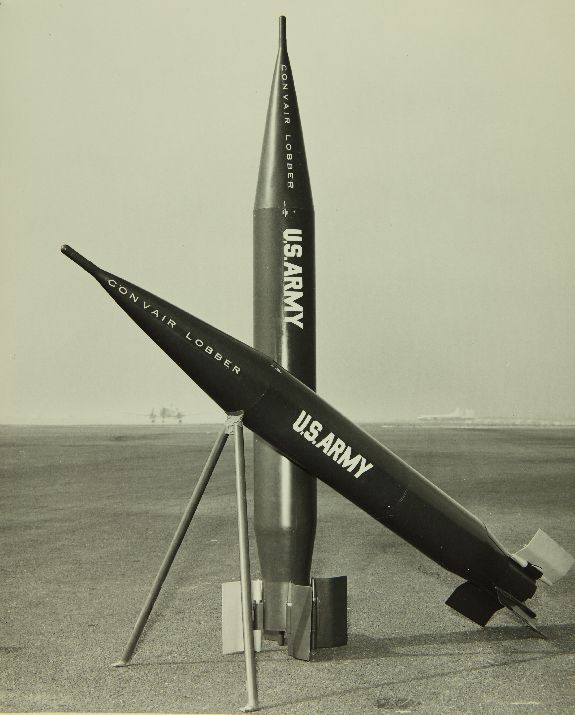