The Model 1836 Colt-Paterson Revolver was a popular US Military handgun used in The Seminole Indian Wars, Texas War for Independence and The Mexican War. It was one of the first handguns to incorporate a "hidden trigger". The frame was made without a trigger guard and the trigger remained inside the lower frame until the hammer wad cocked back (at which time it would extend out). The design allowed for to catching of the weapon on uniforms or other obstructions. First available in .36 Cal Ball, by the late 1840s, it was available in several different calibers. The No.5 weighed 2-pounds and was 14-inches long. It fired 5-rounds and had an effective range of 65-yards. Popular with both Cavalry and Dragoon Units in America, the Model declined in popularity in 1848. 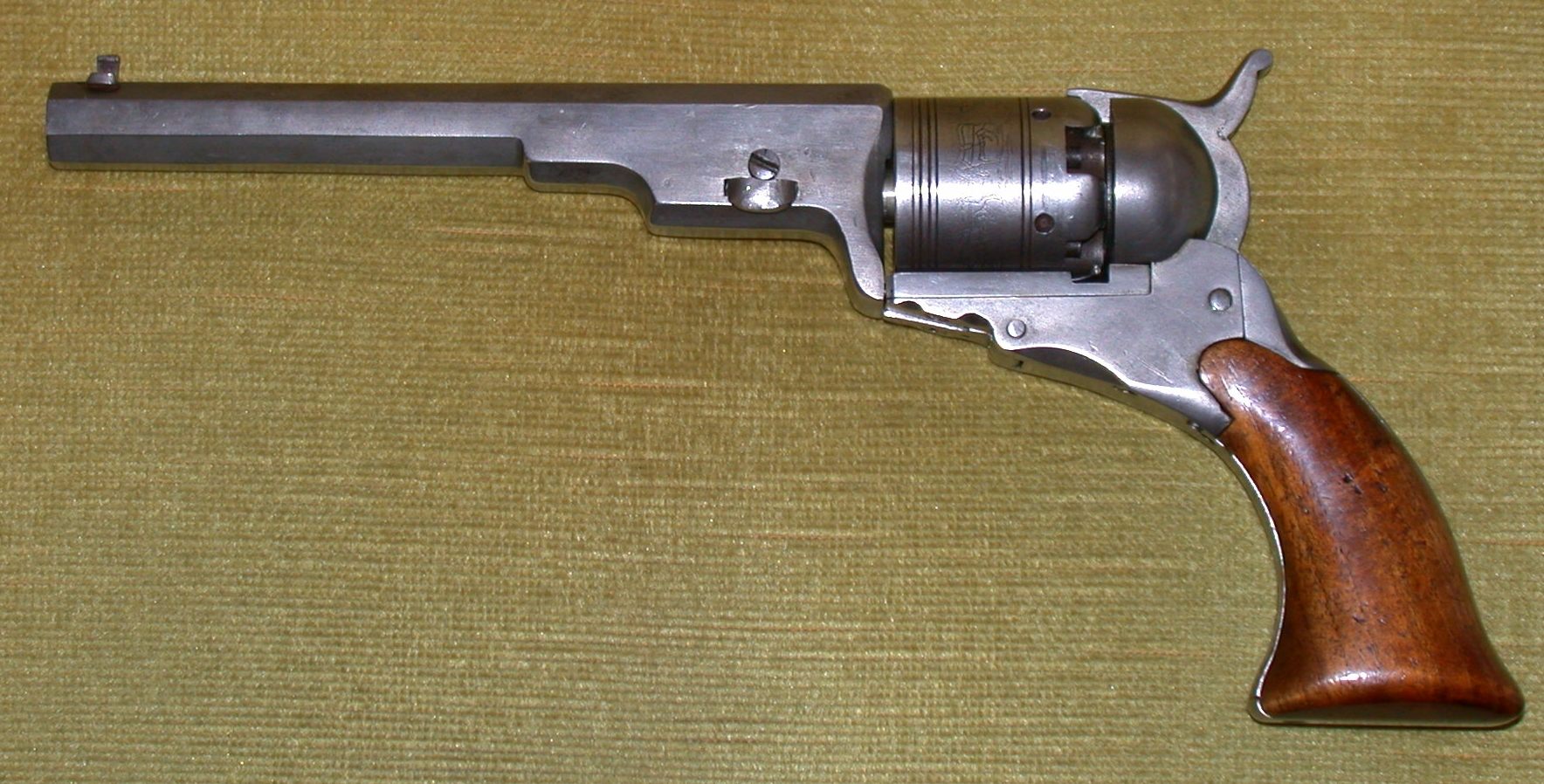