Although better known in later decades as a ''Snub Nosed'' Revolver, The ''Belly Gun'' was a Class of Revolver that developed in the 1870s in The US. These weapons were noted for their very short barrels (in some case, no more that 1.5 to 2-inches in length). The term ''Belly Gun'' originated from One's ability to conceal said firearm underneath a shirt (either front or in the ''small of The Back''.

The Colt Firearms Company Model 1878 version was a popular weapon as a ''Hideaway'' for Gamblers and some Outlaws. They were also called ''Banker's Guns'' as they were used by Bank Managers and Clerks – as a means to protect themselves from Bank Robbers. 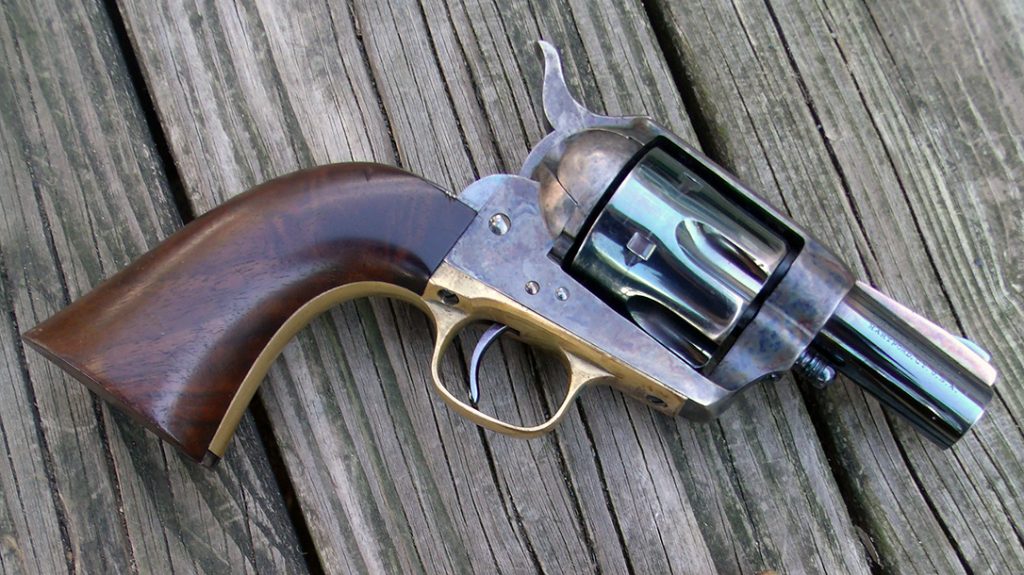