The Colt 1909 .45 Caliber Revolver was a large framed Service Revolver used by The US Army. It was a modification of several previous Colt Revolvers used. While The Model 1917 .38 Caliber was popular during World War I, many Officers still used The Model 1909 – due to it having more stoppage (.45 Caliber round).

Double-Action, The Model 1909 fired (6) Rounds. They weighed roughly 1-pound with an effective range of 150-yards. Although long replaced by various Automatic Pistols by 1915, Model 1909 Versions could still be found in use as late as The Vietnam War. 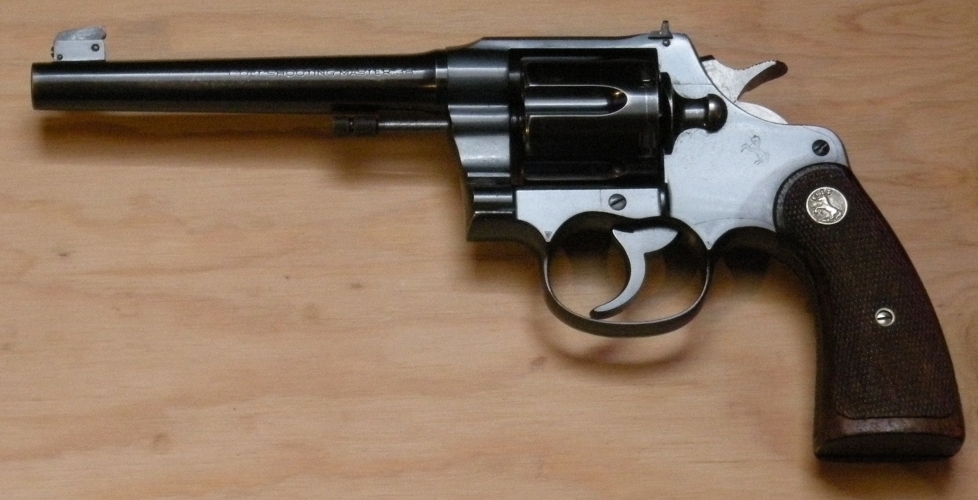