The Pump Action Grenade Launcher or ''China Lake'' Launcher – was developed by The US Naval Special Projects Division of The China Lake Naval Air Station (California). The Division specialized in special weapons used by the famed US Navy SEALs. In the later years of The Vietnam War (1968), The M79 Grenade Launcher had been replaced (by and large), by The M203. This weapons component was attached to the barrel of a standard M16A1 Rifle (eliminating the need to carry 2 weapons). Both systems used the 40mm Grenade. However a common issue was the weapons rate of fire (3 aimed rounds per minute or as fast as a Grenadier could load and deploy).

The innovation of The China Lake Model was a corrected rate of fire. The weapon resembled a squat rifle, and could hold (3) rounds in a tubular holder (4 counting the loaded chamber). Pump actioned, this allowed a SEAL to disperse up to 30 rounds per minute. Weighing 10-pounds fully loaded (8 unloaded), it had a length of 35-inched. The effective range of The Launcher was 450-Meters.

The China Lake Launcher (of which 50 were produced and deployed in the Field with SEAL Teams), worked well. All but (4) of the original production run still exist (in Museums), However, a modified version was produced by The China Lake Facility from 2004-2009 (again for Special Operations usage). Those production numbers and current deployment status is unknown. 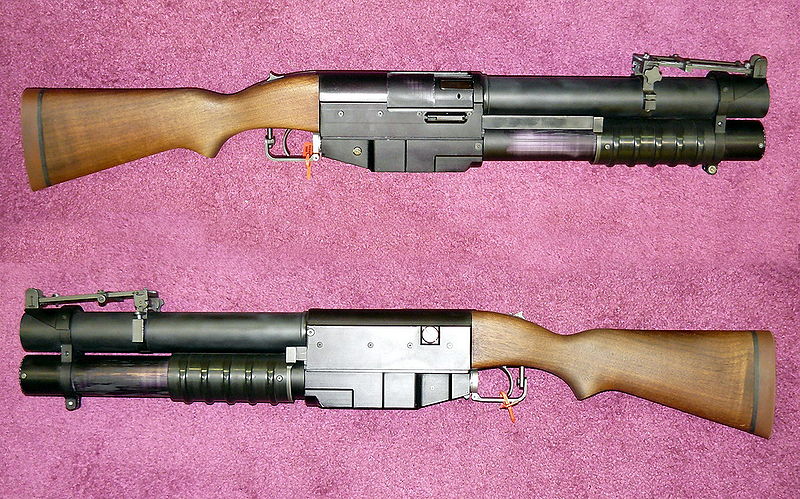