The Bolo Knife originated in The Philippine Islands in the 19th Century, as an agricultural tool, used for harvesting. It featured prominently as a "weapon" during both The Philippines War for Independence from Spain and The Philippine Insurrection against America. Users proficient with The Bolo were known as "Bolomen". The"Farming Version" of the blade were noted for being 2.5 feet long (including a plain  wooden handle, which featured no cross guard). The blade curved slightly to a semi-wider end. The Bolo was originally a single-edged weapon that was extremely sharp. it could create traumatic Amputation of limbs easily.

Somewhat impressed by this versatile and effective fighting blade, The US Army commissioned a "Jungle Blade" based on The Bolo, for use among Pacific Forces, as early as 1897. This "Army Bolo", was slightly different from the traditional Philippines version. Almost resembling a "Short Sword", it featured a flatter and wider blade, that was double-edged. The blade length was 14 and 16-inch types. By World War I, several thousand would even make their way into the Trenches of Europe. The US Military Version was discontinued in 1918. By World War II, The Bolo was the bane of many a Japanese Soldier, unfortunate enough to run into a Patrol of Bolomen. They were effective and Deadly. Bolo Knives were never thrown traditionally and were considered a "close combat" weapon. The Bolo still exists in The Philippine Culture, and is used as a form of self-defense weapon, which involves the deployment of a stylized fighting method. 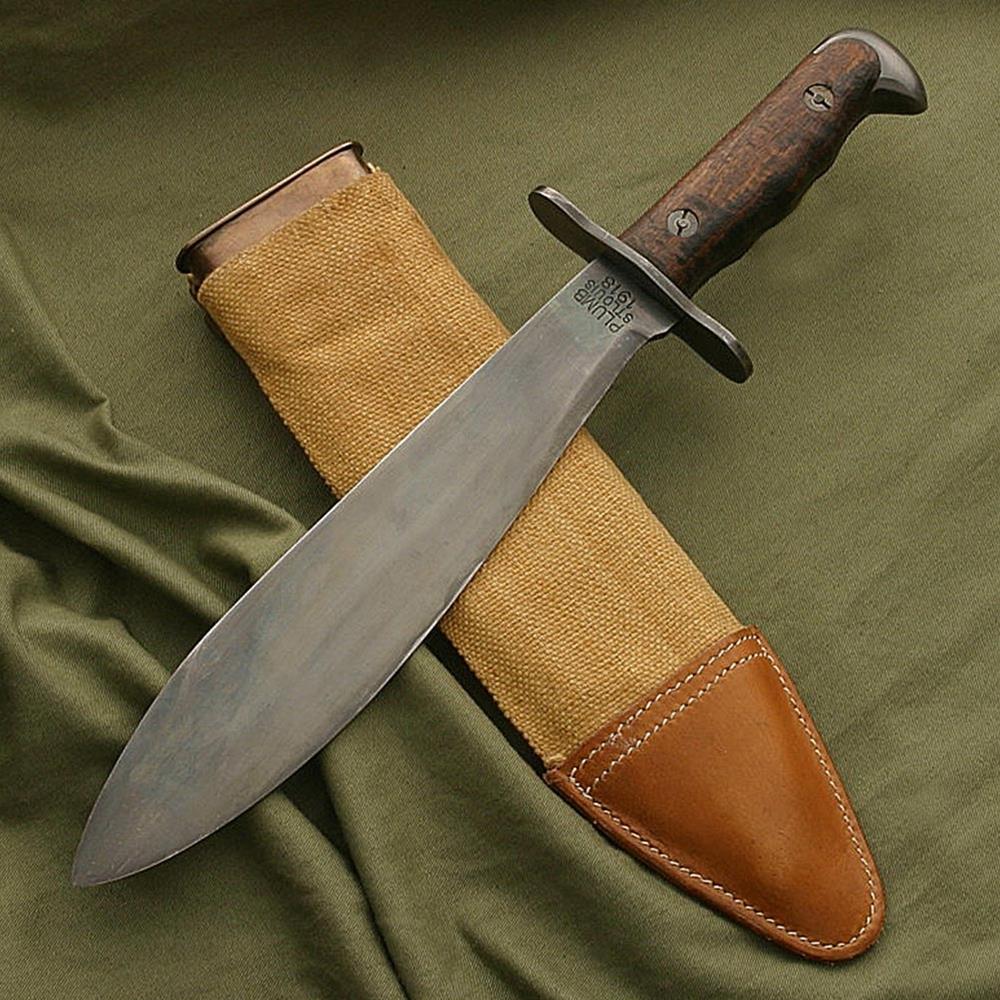