The Boeing Aircraft Company's ''Vertol'' XCH-62 was a Cold War Era, Heavy Lift Helicopter Program, which was experimented with in 1971. Heavy Lift Models had been attempted (with varying levels of success), by Boeing for use by The US Armed Forces (in particular The Army) – since The 1950s. The XCH-62 was seen as one the largest versions ever attempted. The C-47 ''Chinook'' was the primary Heavy Lift platform widely used by both The US and Her Allies. The XCH-62 was much larger, hence capable of larger transported loads.

As envisioned, The ''Vertol'' was 88-feet in length and 32-feet in height. Using a Dual Quad Blade design, the radius of The XCH-62 was 90-feet. Propulsion was from (3) Allison Turbo Engines, each producing 8,000-HP each! This was truly pone of the most powerful Lift systems devised for a Helicopter at the time. Capable of achieving 168-mph (loaded), The ''Vertol'' had a 170-mile operational range. Cargo weight was rated to 118,000-lbs. (of supply) or (1) Company of fully loaded Infantrymen. The Army commissioned only one prototype which was flown in 1975. However, with The Vietnam War ending that year, and America changing tack to faster Jet Fighters and Nuclear Platforms, The XCH-62 Program ended with only the (1) built. 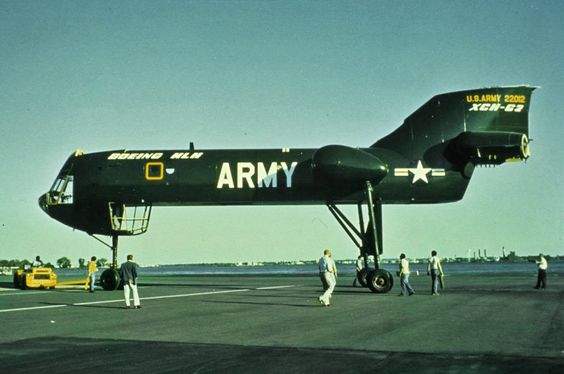