The Boeing Aircraft F-15SE ''Silent Eagle'' was a failed Fighter Program which began in 2009. The primary goal was to produce a ''superior'' fighter to The F-15 Strike Fighter Series. ''Silent Eagle'' was a 5th Generation Fighter. Using Radar Cross Sectioning and absorbing material to produce a ''stealth'' appearance to Enemy Ground and Air Forces detection equipment, The F-15SE was advanced to production. Only (1) prototype was built. In 2010, US Military Contracts failed, with Bowing trying to export The F-15SE to The South Korean Air Force. They however decided upon The F-35 Fighter. The SE Project was cancelled.

The F-15SE ''Cobra'' was 64-feet in length with a 42-foot wingspan. It used Twin Pratt & Whitney F100 Afterburning Turbofans, which produced 29,000-IBF Thrust. Airspeed was rated at Mach 2.5 or 1,650-mph. Service ceiling was rated at 60,000-feet. The ''Cobra'' was Piloted by 2. Armament was to include a single 20mm Cannon with the ability to support a wide variety of Air to Air and Air to Surface munitions. The F-15SE supported a massive array of advanced electronic counter-measure devices. 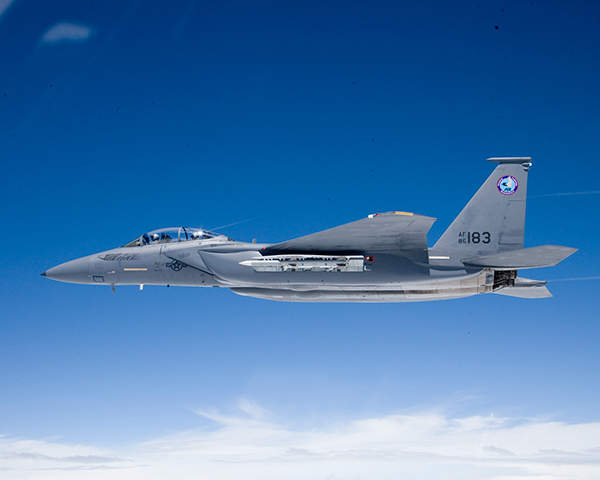