The US Boeing Aircraft E-6 ''Mercury'', was a late Cold War Era (1987) Airborne Early Warning and Communications Plane. Much like other ''Looking Glass'' Aircraft, The ''Mercury'' was also part of the TACAMO War System, to be used in the event of a Nuclear War. Based on the civilian 707 Passenger Plane, The E-6 could send command information to other aircraft (Strategic Bombers), Ground Based Assets (ICBM), Surface Craft (Ships) and Submarines. Only (16) were built and deployed.

Crewed by (22), The E-6 is 153-feet long with a wingspan of 148-feet. Power is provided by (4) International Turbofan Engines (2 per wing). They can achieve 650-mph with an operational ceiling of 40,000-feet. Mission Range is 1,200-miles with ''in flight'' times up to 3-days (with in-air refueling). The E-6 contains some of the most advanced communications equipment available. The Squadron is currently based in The State of Oklahoma with The US Air Force. 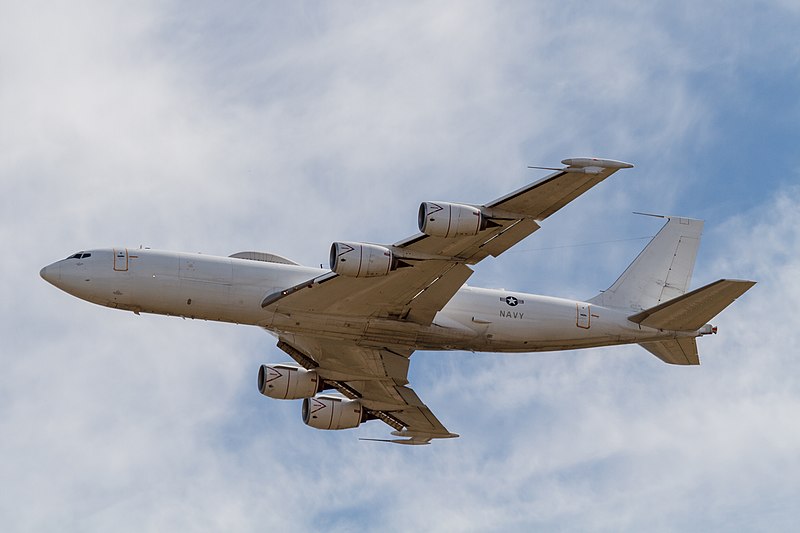