The first Long Range Heavy Strategic Bomber deployed by The US Air Force, the iconic “Stratofortress” was and in many respects, still is the workhorse of The US Military and it’s long range defensive aspects. Design for both conventional and nuclear payload disbursement, The B-52 was first produced in 1952. Production of America’s long range Bomber Force lasted until 1962, with 750 produced. On of the first “fully” computerized Aircraft, it’s communication aspects allowed for direct contact with National Control Authorities.

The massive Aircraft was 160 feet long with each wing measuring 186 feet. The B-52 was powered by (8) Pratt & Whitney TO 33P-3 Jet Engines with (103) Turbo Fans. It was capable of an airspeed of 650 mph. The Operational Ceiling was 50,000 feet. Fully fueled, The B-52 could range between 4,000 to 8,000 miles. The 5 man Crew had defensive capabilities of an aggressive Chaff Aerial Defense Package and a Tail-Mounted, 20mm M61 “Vulcan” Cannon. Targeting for her up to 70,000-pounds of Ordnance was guided by advanced Targeting systems.

A primary deterrent of The Cold War against Soviet Russia, The B-52 served an important role during The Vietnam War. The US Air Force used Squadrons to launch major offenses against North Vietnamese Positions. The technique known as “Carpet Bombing”, was the practice of air dropping thousands of bombs clustered together, over a given geographical location. The tactic was actually very successful, with much of the strike zones still visible today. Notable large scale Air Strikes were seldom seen (although they could be countered by NVA Surface To Air Rockets on occasion), were proceeded by “Arclight” Targeting Flares. The B-52 was considered a major psychological weapon in The Vietnam War. Although around 6 variants were made, most of America’s Strategic Bombing Wings were retired in the 1980s, in lieu of more sophisticated “Stealth” technology. However, retrofitted Fleet of 58 are still very much in Inventory and predicted to “fly” well into 2040. 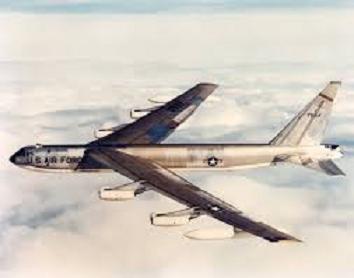