US B-57 Nuclear Device

Built and deployed between 1963 and 1967, the US B-57 was a Tactical Nuclear Device used during The Cold War. The Munition was a Gravity (air dropped) weapon which featured a parachute to control drag. They could be deployed from a variety of US ''Supersonic'' Jet Fighters. They typically weighed 500-lbs. And were 9-feet in length. Models were deployed in 5 and 10-KT range. A 'Depth Charge'' Version was also produced. Over 3,100 B-57s were developed with the last being retired in 1993. 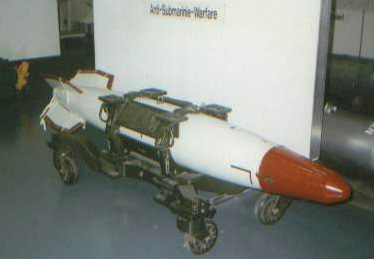