The ''Omar'' Missile was designed by The Eastman Kodak Company in 1951. It was one of the first Missiles designed to be guided by optical beam ''riding''. This theory was that a Rocket of Missile could be guided to it's intended target by virtue of systems which tracked (followed) light beams aimed at said target (a modern term comparable is ''painting a target''). An innovative theory, Eastman Kodak developed The ASM-N-6 ''Omar''. Designed to be launched from an aircraft, a primary problem is that the lighting bean emitted spread over distance (not pinpointed). This ''confused'' The Missile, with predictable results! The ''Omar'' was roughly 100-pounds. They were 3-feet in length with a 5-inch diameter. The ''Omar'' supported a 40-pound HE (fragmentation) warhead. They were meant to be underwing mounted, with a typical deployment be (4) per wing. Despite being canceled in 1951, much of the technical specifications for it's optical targeting would be re-adapted into the later AIM-9 ''Sidewinder''. 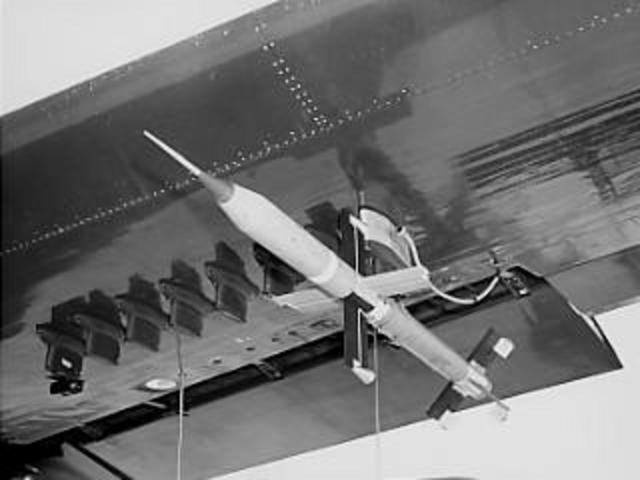