Deployed in 1944, The ASM-N2 or ''Bat'' was the first fully automated Guided Missile-Bomb used in active combat. It was also one of the first munitions to be married to television (a recent invention) wave by which to guide it to it's intended target. The ''Bat'' was also one of the few successful ''Guided'' Missile Systems used towards the end of WWII (Burma Campaign). Based on a 1941 weapon thoery known as ''Dragon'' (and experimented with by RCA) – The Bat System was produced for use by a relative few Aircraft Fighter Models. The exception was The Consolidated PBY Patrol Plane. Several of these Observational ''Flying Boats'' did deploy The Bat.

Bat casings were roughly 1,000-pound munitions, mounted underwing to modified bomb/missile carriers. They could be radio launched from as high as 25,000-feet. Several confirmed small Imperial Japanese Warships were sunk in this manner and from this altitude. The Bat would survive The War, only by a year before being retired. It was a key component in American Guided Missile advancements. One such Bat System has survived and is displayed at a US Museum in Maryland. 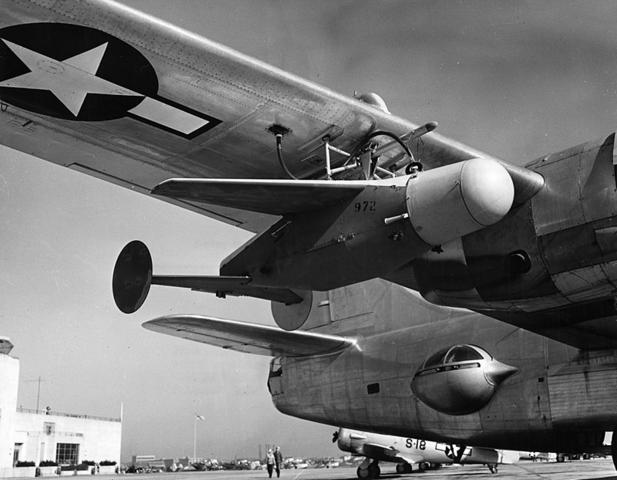