The US Army was the only Branch of The US Military which did not have it's own Standard. Thus was corrected in 1956 with an Executive Order signed by President Dwight Eisenhower.  The first official colors were dedicated on the 181st Anniversary of the founding of The Army in 1775. The Standard was immediately used as the first display of Battle Streamers (which would be adopted by all other Branches). The Flag is of a White Field in entirety. Centered is a Blue colored series of images which originally made up the Crest of The US War Department from the early 19th Century.  The Crest features the “Trappings of War”. These are A Cuirass, Cannon, Shot, Swords and Liberty or Phygrian Cap. A lower Bannerolle, in Red reads “United States Army”. Below this, is the year of founding “1775”. The Army Flag is carried next to The US National Colors for all official Military functions involving The US Army. 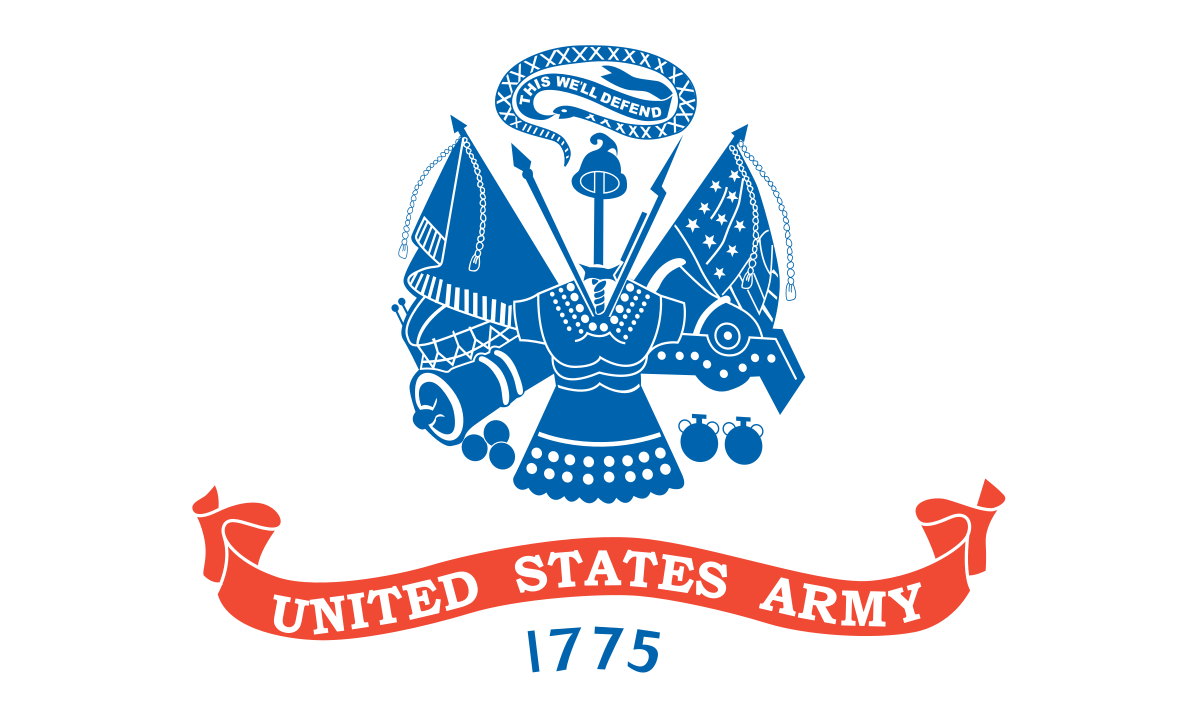