Known as "The Marne Division", The 3rd Infantry was founded in 1917 in North Carolina. Deployed to France in 1917 during World War I, The Division took up positions along The Marne River, on the outskirts of France. Tasked to protect The City, they faced the onslaught of the attacking German Army. Steady as a rock, while The French Army retreated, The 3rd Division revised to surrender their position. This earned them the additional nickname of "The Rock of The Marne". During their short time of service in France, The Division suffered close to 15,000 casualties.

The 3rd Division would distinguish themselves in World War II, by being the only US Army Divisions that fought against Germany on all Fronts over a continuous 530 days of action. The Division fought in North Africa, Sicily, Italy, France Germany and Austria. At The Invasion of Anzio, Italy - The Division would lose more men in two days than any other Division during The War. Another estimated 20,000 men died and were wounded during World War II. The Division also is known for one of the most decorated Soldier in American Military History, Lt. Audie Murphy, who served with The 3rd.

Deployed again to The Korean Conflict in 1950, The Division earned another nickname, that of "The Fire Brigade" (so named for their rapid response against Communist Forces when deployed). The Division earned 12 Medal of Honors and counted 10,000 casualties in Korea. The Division was assigned to various overseas assignments during The Cold War, mostly in Germany. The Division has fought in most of America's involvement with The Middle East. The Division is Headquartered at Ft. Stewart, Georgia.

The Divisional Patch is a Square design, featuring  4 Blue Stripes and 3 White Stripes. The Blue represents the color of The Infantry, while the 3 White Stripes represent the numerical designator of the 3rd. The Division Motto is "We Shall Remain Here". 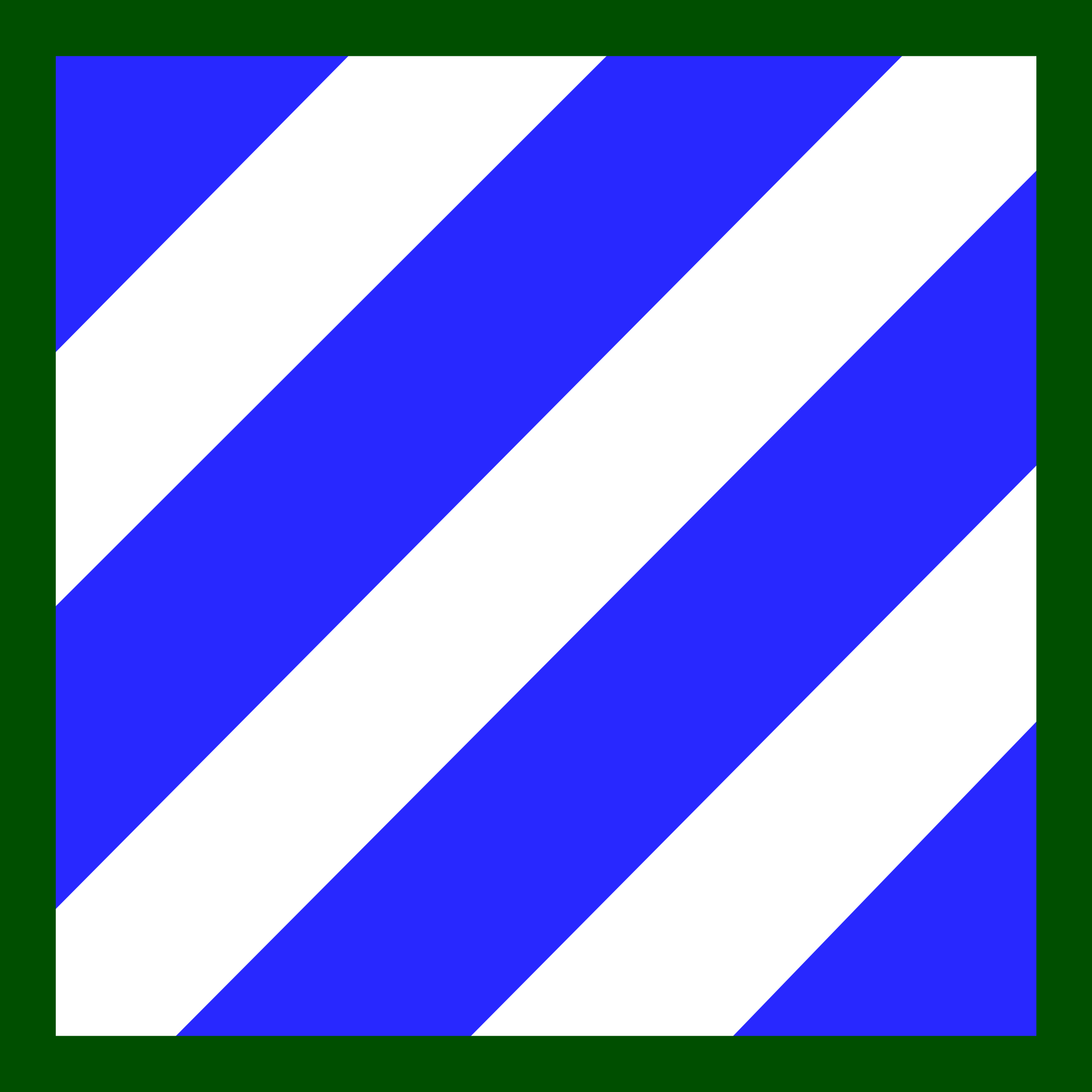