The short lived ''Ares'' Missile Project was developed by The US Air Force in 1963. Taken from The Titan II Intercontinental Ballistic Missile System, ''Ares'' promised to be a cheaply produced alternative to the more expensive Titan. ''Ares'' was the last of the liquid-fuel Rocket Systems to be developed. With cheaper, the on-going issue was fueling and storage. As a liquid-fueled weapon, it;s fuel could not be stored inside the Rocket (too unstable after a period of inactivity). Refueling time was roughly 30-minutes before a Missile could be launched. This was seen as too long a period if The Missile was needed in a ''first strike'' or retaliatory plan.

A planned overall mass of 250,000-pounds,  the weaponized ''Ares'' would have been 100-feet in length with an overall diameter of 10-feet.It would have supported a 9-Megaton Warhead.Deployment would have been within The Continental United States. The majority of ''Ares'' produced would be discontinued in favor of solid-fuel systems such as The ''Minuteman'', but the initial design would assist NASA (National Aeronautics and Space Administration) in their early Space Exploration Test Flight Programs. 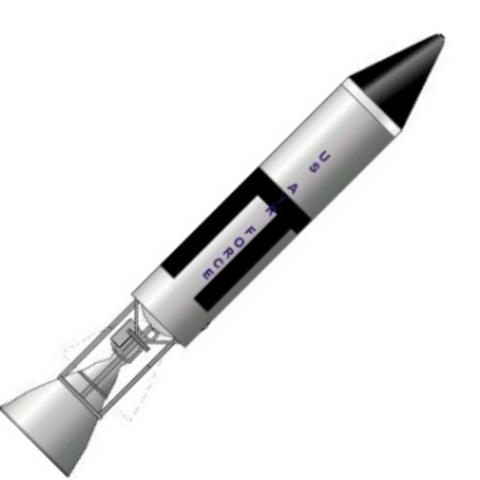