Known as ALCS (Airborne Launch Control System), this is a primary Control Access Point used by The US Military for control over it's ICBM Assets. It is designed to become ''active'' in the event of War (in particular Nuclear). Should ground based traditional lines of communication and control fall due to direct Enemy attack, an Airborne Platform is used to assume control.

Deployed in 1967 and Code Named ''Looking Glass'', The ALCS was initially s series of Boeing 135 Transport Planes configured to support advanced electronics and communications systems. These systems were identical to land based systems used to activate America's Nuclear Arsenal. The Planes are staffed with Command and Control Personnel as well as High-ranking Officers tasked with overall Command. Should The President of The US, His Vice and other Members of The Joint Chiefs of Staff become incapacitated or killed in an Enemy ''First Strike'', The ''Looking Glass'' Command Staff would immediately take control. 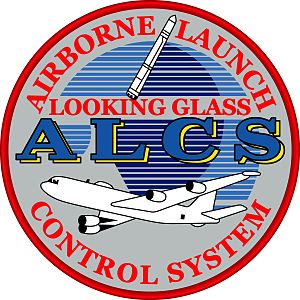