The “Genie” AIR-2 was a US unguided Air-To-Air Missile deployed by a variety of US Fighter Aircraft. Production began in 1957. Unlike most “precision” guided Missiles, the “Genie” relied on a much more powerful (and larger blast radius). Traditionally, The AIR-2 carried a 1.5-Kiloton Warhead. It was considered lethal at 980-feet of exposure. The “Genie” had an effective range of slightly over 6-miles. Weighing over 800-pounds, The AIR-2 was 10-feet long. Solid fueled, it could achieve Mach 3. The basic deployment plan was seen as the large blast radius destroying or damaging multiple Enemy Aircraft. The operational ceiling was 20,000-feet.

The overall weight required an under-carriage for carrying and deploying The AIR-2 (as under wing racking was impossible). The “Genie” was 10-feet long with a 18-inch diameter. It was Fin (Wing) stabilized. The “Genie” was also one of the few Tactical Nuclear Missiles to be test detonated with full Nuclear activation. The AIR-2 remained on operational status with The US Military until 1985. 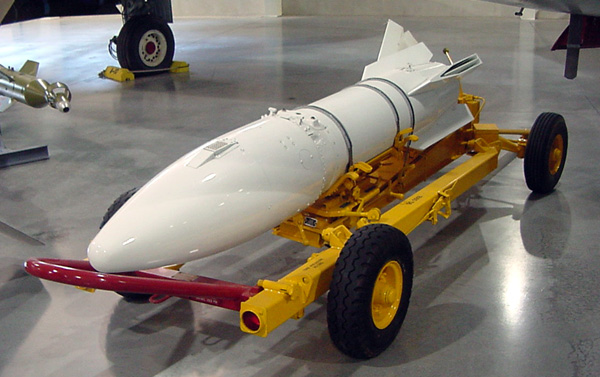