The AGM-123 ''Skipper'' is a Short Range, Laser Guided Air-to-Surface Missile System – deployed during The Cold War, in 1985. The AGM-123 is still in US Inventory. Initially, The ''Skipper'' was designed to engage and destroy Enemy Surface Ships. Laser Guiding (targeting technology by which a Missile is lead to a target via a precision laser beam ''painting'' or ''illuminating'' said target) – allowed for The AGM-123 to deploy a 1,000-lb Warhead. The Missile is aerial launched from a wide variety if US Fighter Aircraft. A Solid Fueled Rocket Motor System, The ''Skipper'' is 1,280-lbs with a length of 15-feet. They can achieve 680-mph with a 15-mile Mission Range. 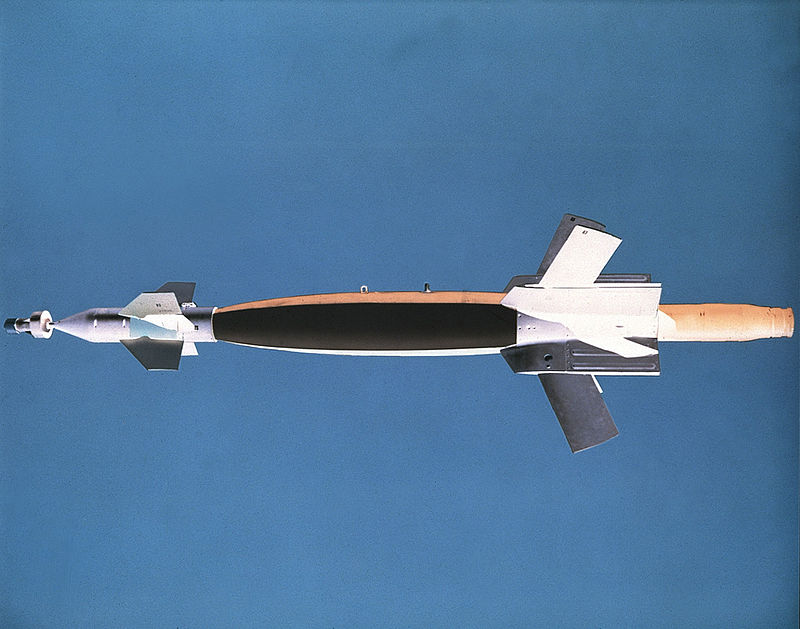