An ''early'' Air to Air Missile System dating to 1948, The AAM-N-5 ''Meteor'' was designed for US Navy Carrier deployment. Much of the overall design came fro The Massachusetts Institute of Technology (MIT), and was underwritten by Bell Aircraft. The initial design was seen as a suitable sea based interceptor to Soviet ''early'' Jet Fighters. The ''Meteor'' (while approved of at many levels), was quickly outmatched by the ever changing (rapid) technological Missile advances of The Era. As such, by 1953 – The AAM-N-5 was replaced. Other than prototype Models, none were actively deployed with The US Navy.

Rail launched, The ''Meteor'' was a liquid and solid fueled Rocket, weighing over 500-lbs. 13-feet in length with a 9-inch diameter, stabilization ''fins'' were used. The Warhead held 25-lbs. Of High-Explosive. Having a 10-mile target range, The ''Meteor'' could achieve Mach 2. 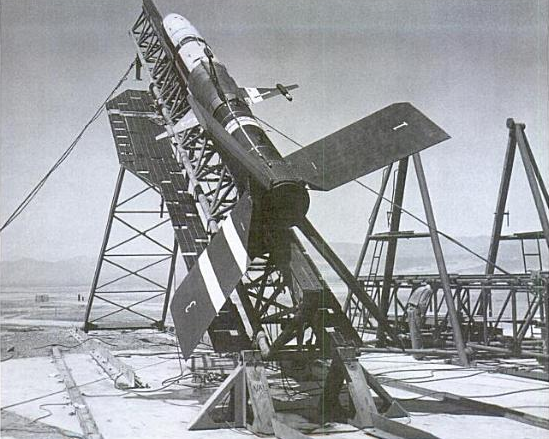