The famed US 94th Aero Squadron was one of the first American Flying Corps. Formations sent to Europe – when The US became involved with World War I (1917). The Force consisted of all-Volunteers (160 total), taken from throughout The Country. Mustered in The State of Texas, after a brief period of Flight Training, The Squadron was sent first to England (for more training) and finally to France. The most pressing issue for The 94th, was that it had no Fighter Planes. The American Military (while experimenting and working on various Models) – had not yet ''created'' an Air Force. All of The 94th aircraft came from both France and England.

After a series of ''false starts'', The Squadron was deployed to The Western Front against Germany. In their first engagement, The 94th shot down (4) Enemy Fighters and only lost one of their own. They would earn great fame in their short Service in The War (1 year). Some of America's War Heroes and later developers of the later Army Air Corps. came from the ranks of The 94th.

Roughly 38 Decorations and Awards were presented to The Squadron – to include The Congressional Medal of Honor. (13) of their number would be killed in battle with 296 Enemy kills total. The Suadron Insignia on their fuselage was a Red, White and Blue Top Hat (upside down) – placed inside a Ring. This represented the American phrase ''Hat in The Ring''. This phrase meant that a Person or Persons had ''committed'' to a deed or action (or part of such) – ''Throwing One's Hat in The Ring''. The Squadron linage still exists today as The USAF 94th Pursuit Squadron. 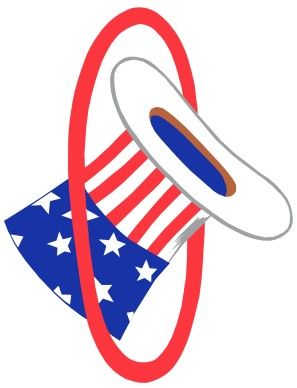