Raised in support of The American Revolution against Great Britain in 1776, The 5th South Carolina Regiment of Infantry was seconded to The Continental Army in March of that year. They were composed of 600 Officers and Men. The Regiment fought mostly in The Southern Colonies, fighting in (3) Major battles and a score of decisive skirmishes, throughout South Carolina and Georgia, The 5th was present at both the strategic victories at The Siege of Savannah (1778 and again in 1779).

By 1780, The Regiment had suffered so many casualties from combat and illness, that they were consolidated with The 1st South Carolina. They lost their numerical designation as a result. As The 1st, they would finish The War in 1783. 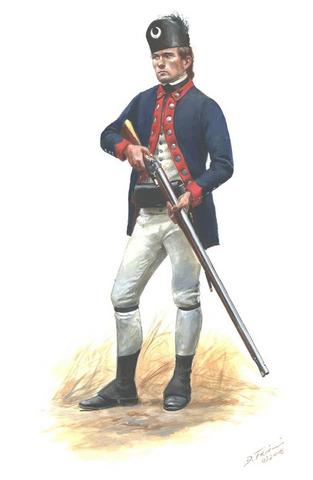