Odo of Lagery was born in 1035 (France). Born into a Noble Family, his education (and course in life) was pre-set. He was sent to Reims to be educated in Theology, and was ordained an Archdecon in 1055. He became a Monk at The Abbey of Cluny (apparently tired of the more “refined” life he was used to). By 1070, he was Cluny's Priory. While at Cluny, he was able to hone his Administrative skills and set about to reform many wayward Clerics. In 1079, he was called to Rome where he impressed Pope Gregory VII. He elevated him to the position of Cardinal and Bishop of Ostia (Italy). In 1084, Odo was sent on a diplomatic mission to Germany. He remained there well past Pope Gregory's death and proved valuable to his successor, Pope Victor III.

Upon Victor's death however, a dangerous split within The Church developed regarding Papal succession. King Henry IV declared Pope Clement III to be The “new” Holy Father. However, (and Odo may not have known), He was elected Pope by the Cardinals of Rome! Accepting the Cardinals vote, Odo became Pope Urban II on 1088. Henry did not start his Armies towards Rome (for some reason). It took 5 years for Urban to “cement” his position. Urban was able to mend broken relationships with The Byzantine Empire (an impossible task) – but was unable to improve the strained relations with Spain, France and England. Urban felt that the best way to “unite” all Christians was with a common enemy. Enter The Muslims. After the abortive “People's Crusade”, Urban determined that a better trained (and better motivated) Army could be put together. He began to preach for “Holy War” against The Muslims who had taken the Holy City of Jerusalem.

In his preaching, lay the seeds of The First Crusades (and a course of warfare that would last for almost 200 years). Urban was very instrumental in changing many of the administrative ”morass” that The Catholic Church had turned into. He created The Curia, (which guided learning within The Church), and was instrumental in reforming how a Pope was elected (the creation of The College of Cardinals). He died of old age in the year 1099. 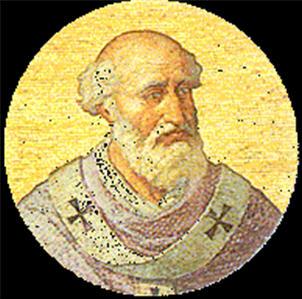