Formed in 1861 in response to The American Civil War of 1861-1865, The 1st Michigan Volunteer Infantry consisted of (8) Companies and numbered 1,000 Officers and Men. The Regiment was seconded to The Union's Army of The Potomac. The 1st Michigan fought in (10) major Battles of The War, to include Gettysburg (where it suffered 45% casualties. Reformed in 1863, The Regiment would serve at Cold Harbor (1864) and would again suffer massive casualties in Union General Grant's final push to force Confederate General Lee's Surrender.\

The Regiment was present at the last major Battle of The War, Five Forks (Virginia, 1865). When mustered out in 1865, The 1st listed 400 casualties killed or wounded. 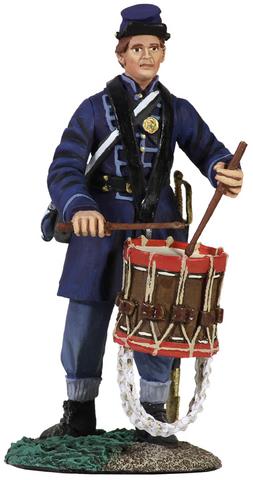