Union Army of The Potomac

Established in 1861, The Army of The Potomac was the primary Military Unit in The Eastern Theater of The American Civil War of 1861 to 1865. Originally, The Army numbered 35,000 effectives, but at it's height would muster nearly 200,000. Commanded by many of the famous and later infamous of Union Generals, it would finally fall under future US President US Grant. Restructuring The Army, he would lead it to victory at Appomattox Court House in Virginia (1865), thus ending The War. The Army was the suffered the first in a series of early loses in The War - at The Battle of Bull Run (Manassass, Virginia 1861). Later, Although well trained under General McClellan (1862), periods of long inactivity caused morale to suffer. This was relative to The Battle of Gettysburg in 1863, when under General George Meade, The Army failed to pursue Confederate General Lee (which would have ended The War).

Under Grant, The Army of The Potomac developed a ''never retreat'' policy. Even if it lost a battle, The Army pressed forward. This change in policy was to be The Confederacy's death knell, as it relied on attrition to hopefully win The War. Constantly pushed towards the end, Lee's Army could not regroup and re-plan. The Army would could over 82,000 casualties by 1865. It was The first Army to Pass and Reviewed at The Grand March in Washington DC – afterwards it would muster out. Most veterans would go on to form the Grand Army of The Republic veteran group in 1866. 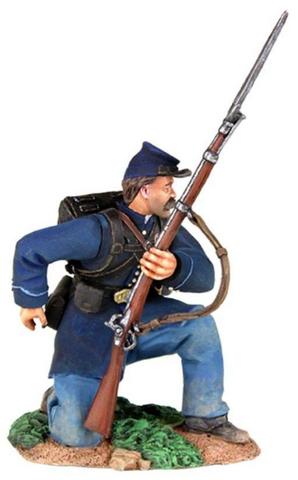