The Army of Georgia was a Federal Military component of The Union Army during The American Civil War of 1861-65. It was specifically formed under orders of General US Grant to General William T. Sherman. The Army was composed of surviving ''Western Theater'' Armies. These were The Army of The Ohio, Cumberland and Tennessee. It numbered over 115,000 effectives containing Infantry, Artillery and Cavalry Corps.

Under General Sherman's command, The Army of Georgia was to moved from Union victories in Upper Georgia (The Battle of Chickamagua) and begin a daring and no doubt hard pressed Campaign. This was known as The ''March To The Sea''. Sherman's Mission was to move on the Confederate City of Atlanta, Georgia – capture it and continue Eastward towards Savannah, Georgia (on the Coast). They were do do as much damage to The now starving Confederate infastructure as possible. The 300-mile journey was to take several months. While supply of His Army would be near impossible, Sherman gave orders for his Commanders to forage ''off the land''. Ill-commanded and disciplined, many Infantry Units committed war atrocities as a result (raping, theft etc). Initially, Commanders were only to target Confederate War supplies and property, but this soon turned into ''scorched earth'' tactics (or total destruction of civilian and military goods and property).

After an epic siege of The City of Atlanta (1864), which led to the almost total destruction of The City by fire, Sherman's Army of Georgia was instrumental in maintaining pressure on The Confederate Armies, allowing General Grant to push toward Richmond (The Confederate Capital). Both measures by both Generals would finally end The War in April of 1865. 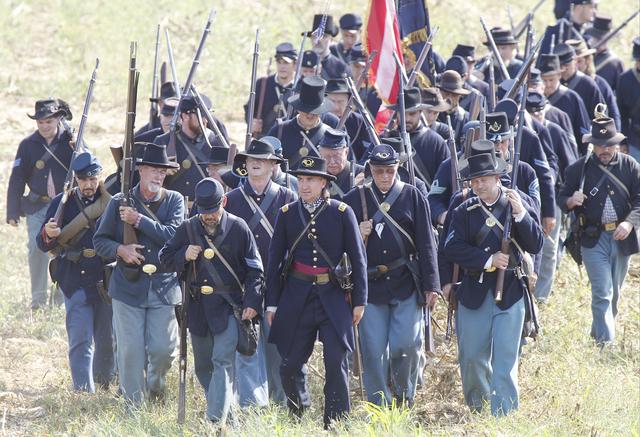