The 35th Ohio Volunteer Infantry Regiment was formed in 1861 in response to US President Abraham Lincoln's ''Call'' for 75,000 Volunteers to ''put down The Rebellion'' (or the start of The American Civil War of 1861-65). Mustered in with (10) Companies, it's initial strength was 1,100 Officers and Men. The Regiment was seconded to The Army of The Ohio until 1863 and lastly to The Army of The Cumberland thereafter, until the end of The War. The 35th fought in (12) major Western and Southern Battles. It participated in Union General William Sherman's ''Atlanta Campaign'' – which included the epic engagements at Chattanooga (Tennessee) and Chichamagua (Northwest Georgia). They suffered 35% casualties as a result, but moved on to The Battle of Kennesaw Mountain (1864), one of the final major battles before The Siege and Battle for Atlanta (Georgia, 1864).

Their losses grew to 40% as a result. Reformed (at least partially) – The 35th was sent back to help Garrison Chattanooga (Tennessee). It remained their until the end of The War in 1865. The Regiment mustered out 250 Officers and Men of it's original number. 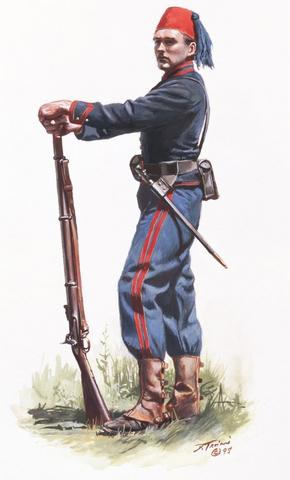