Formed in 1861 to support The Union in The American Civil War of 1861-65, The 2nd California Cavalry spent it's entire Service in California and later in portions of the (then) recently created US State of Nevada. The Unit was mustered to counter the very real threat of a possible Confederate Invasion into California, for the purpose of controlling it's Gold surplus (and later Nevada's Silver Mines). Over 800 Officers and Men (in 12 Companies) were Mustered into The 2nd from Sacramento, California. Other than casualties from disease and the occasional Native American engagements, The Regiment never fought any Confederates. The entire Regiment was mustered out of Federal Service in 1866. 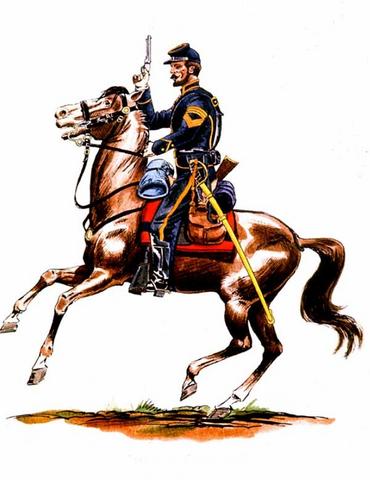