Formed late in The American Civil War, The 20th New York Cavalry Regiment consisted of (12) Companies of Volunteers, numbering 1.200 Officers and Men. Assigned to The 22nd Corp. of The Army of The Potomac's Cavalry Division, The 20th was used as an Occupation Force. Their primary mission was to move into Northeastern Virginia Cities and Towns already captured, and maintain law and order. They were also detached to prevent any possible re-raising of Confederate Forces and insuring those Prisoners duly exchanged, did not attempt to rejoin The Confederate Army.

They did fight in several local skirmishes with retreating Rebel Forces from The Army of Northern Virginia. Mustered out of service in 1865, The Regiment counted 130 War-related casualties. 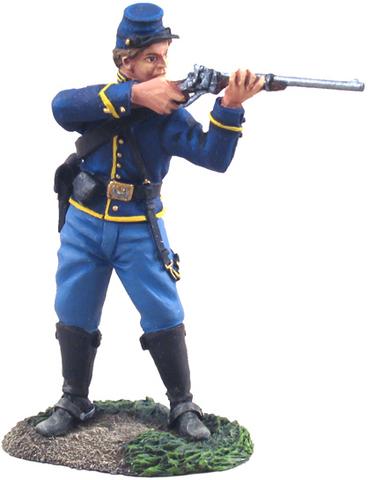