This odd “Law” was enacted by The Confederate States of America (during The American Civil War of 1861-1865). Passed by the Rebel Congress in 1862, it declared that any Plantation Owner who could provide no less than 20 “healthy Negro Slaves” to the Confederate Government, would be exempt from Military Service. The Slaves were then pressed in Labor Corps. To assist in building fortifications and making repairs to damage property. This created a huge rift between the “average Poor” Southern soldier and the Upper “wealthier Class” of “Landed Gentry”. Deemed a “Rich Man's War, but a Poor Man's fight”, the average Southerner did not own Slaves. So when he was “conscripted”- he had to go (despite the hardships on his Family). By 1864, the number was dropped to 15. The Law obviously faded into the past with The South's loss of The War. 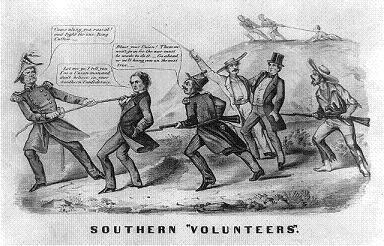