Another form of Medieval taxation, Tunnage was an imposed fee on wine exports into England. The fees were aimed squarely at King Henry I. During The Hundred Year Wars, the King developed a “taste” for French wine (despite the fact that the two Kingdoms were at war). The tax was set at 10% higher than normal (knowing that Henry would pay). Soon imported “Luxury Goods and Staples” were included. The original system was supposed to aimed at Royal consumption, but eventually would trickle down into the “Commoner” and Merchant Class Households. Later, increased Piracy against shipping caused the Tax system to rise yet again. The System was modified over the years to a more managed taxation for all imported goods. 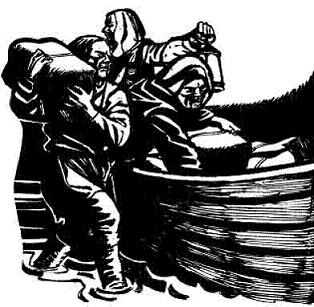