With the Title going back far into Roman History, when The “Men of The Tiber” were still a loose collection of semi-united Tribes, The “Tribune” was an elected position. It was The Tribune who saw to Religious. Military and Leaderships matters. Each Tribe elected a Tribune to represent them. In rare cases of the lack of a King, Heir or Interrex – A Tribune could be selected to rule on an interim basis.

In Military terms, by The Kingdom Period – The Tribune was seen as the somewhat equivalent “modern” Rank of “Lieutenant of The Horse” and was seen as Commander of The King’s Guard. By The 4th Century BC, Tribunes were used in a Government Administrative role. A Tribune was chosen (several), to represent The Plebian Class. It was his job to insure The Roman Senate was not exceeding their authority or attempting to circumvent Law.

Tribunes could also call for Senate Assembly and could – during sessions, initiate a vote. Tribunes did not have veto power (which was for a Senator). The Title was usually the first awarded to a Plebian who set upon political ambitions.

By the end of The Republican and beginning of The Imperial Era, Tribunes occupied roughly 7 different Military roles. Most were chosen positions, from a Senior Commander or Proconsul. No more than 24 such position ever existed at one period in Rome, making it a coveted Title. Traditionally, The Tribune was assigned as a modern version of a Staff Officer.

Even after the demise of The Western Empire, by The 7th Century AD - the Title was still used. By this time, a Tribune was seen as a Cavalry Commander. They did not command Volunteer or Conscripted Forces. 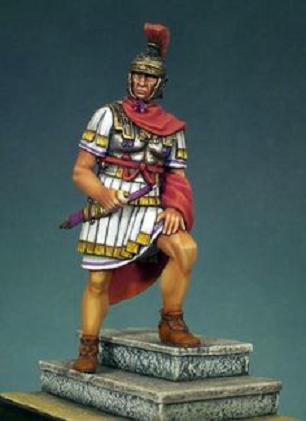